Nintendo releases the Game & Watch series of LCD handheld electronic games by Gunpei Yokoi. Each Game & Watch features a single game to be played on an LCD screen in addition to a clock, an alarm, or both. Source 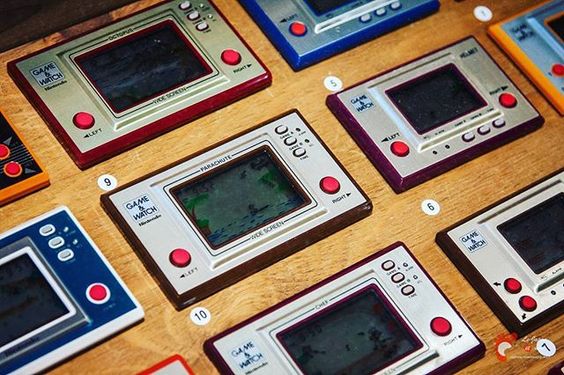 Namco releases Pac-Man (originally known as Puckman in Japan). It becomes the highest-grossing game of all time. It has the first gaming mascot character, established the maze chase genre, opened gaming to female audiences, introduced power-ups and featured cutscenes. Atari releases Missile Command. Nichibutsu releases the vertically-scrolling Crazy Climber, the first video game with a climbing mechanic and an objective of climbing to the top of the level. Stern Electronics releases Berzerk, with designer Alan McNeil’s signature on the monitor glass of each cabinet. Namco releases Rally-X, the first game with a bonus round. It also features multi-directional scrolling. Universal releases Space Panic, often cited as the first platform game, though the term was still several years in the future. Atari releases Battlezone (it is later enhanced for the US Army for military training—albeit relying on specialized vector graphics hardware). Cinematronics releases Star Castle.

Atari’s port of Space Invaders becomes the 2600’s killer app, and the first console title to sell a million copies.

Infocom releases Zork I, the first Zork game and the first Infocom game. Rogue is written by Michael Toy, Glenn Wichman, and Ken Arnold, spawning the genre of roguelike games. Edu-Ware releases The Prisoner for the Apple II, loosely based upon the 1960s TV series of the same name. Strategic Simulations, Inc. releases its first game: Computer Bismarck for the TRS-80.