Please scroll down to vote for your favorite video games of 1976. Thanks!

Exidy released Death Race, a racing arcade game based on the film Death Race 2000. The game sparks a public outcry over violence in video games and was banned in many areas. Taito released Speed Race Twin. It is a sequel to Speed Race that allows simultaneous two-player competitive dual-screen gameplay and uses color graphics. Atari released Breakout. And Atari released Night Driver, a first-person perspective racing video game. Gremlin releases Blockade, the first of what become known as snake games.

In Death Race, the objective became to run into “gremlins” to gain score. The game could be played with one or two players controlling different cars. The original working title for the game which appeared on some early advertisements was Death Race 98. Game attracted a great deal of controversy over the content of the game because it was centered around killing humanoid figures. Therefore, in July 1976, newspapers and civic organizations began to attack the game for facilitating violence in virtual form. Death Race, the World’s First Scandalous Video Game 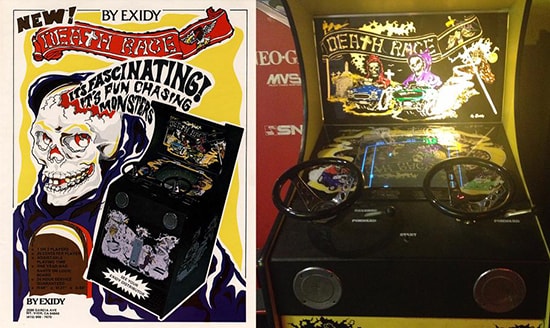