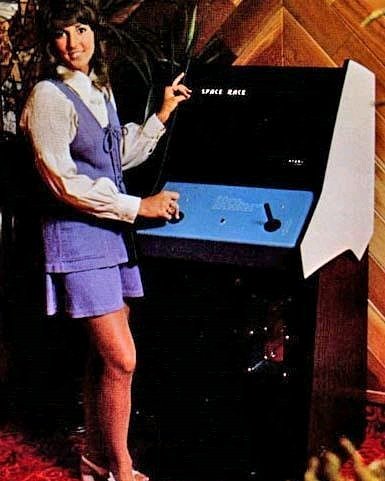 Space Race Atari 1973. The gameplay of Space Race involves two-players racing each other to get to the top of the screen, avoiding asteroids coming in from the left and the right. The aim of the game is to score points, faster than your competitor.

There is no single-player mode in Space Race. The length of the game is regulated by a timer that begins after the start button has been pressed. Players fly up towards the top of the screen and can control their vertical speed. Unlike real life, the rockets can go in reverse in order to avoid the asteroids.

Asteroids fly from left to right and players try to avoid the asteroids. Whenever a player is hit, he starts again from the bottom of the screen after a small delay. When a player reaches the top of the screen, he gains a point. The winner is the person with the most points.

Space Race was released in July 1973 and was the second coin-op game by Atari.

Development of Space Race began in Summer 1972 under the name Asteroid by Nolan Bushnell, based on ideas by him and co-founder Ted Dabney. The final design was done by Dabney, possibly with assistance by Bushnell and Pong designer Allan Alcorn. The game was planned to be quick to create to fulfill an earlier contract with Bally Midway.

Space race was not successful

Space Race was not commercially successful. Bushnell has later stated that it was much less popular than Pong. Midway held that the release of Space Race violated Atari’s contract with them for Asteroid, and the companies agreed for Atari to forfeit royalty payments for the game. Ralph Baer claims that it sold around 1,500 units. Also, it did inspire a clone game, Astro Race by Taito. 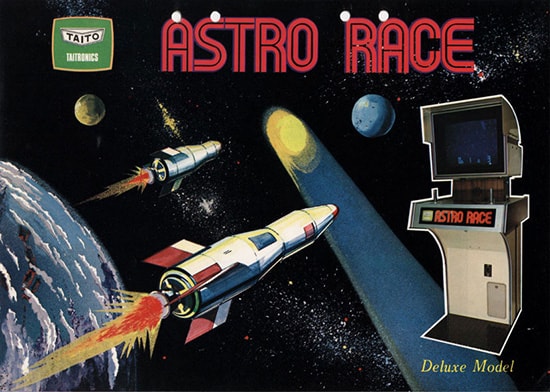 Space Race was the first arcade racing video game. It was alst the first game with a goal of crossing the screen while avoiding obstacles. 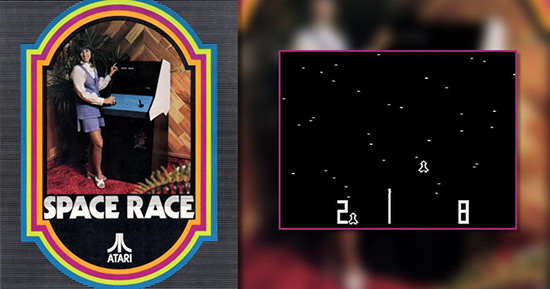