Intellivision Console: Despite the nostalgic appeal of the brand, it sounds like Intellivision wants to do something new, rather than just repackage the classics. That implies that rather than a classic mini-console like those from Nintendo, Sega and Commodore 64, the new Intellivision device might be more like Atari’s upcoming VCS, which will not only come preloaded with over 100 old-school favorites but also be able to play modern titles with 4K visuals.

The Intellivision is a home video game console released by Mattel Electronics in 1979. The name Intellivision is a portmanteau of “intelligent television”. Development of the console began in 1977. It was the same year as the introduction of its main competitor, the Atari 2600. Source: Wikipedia 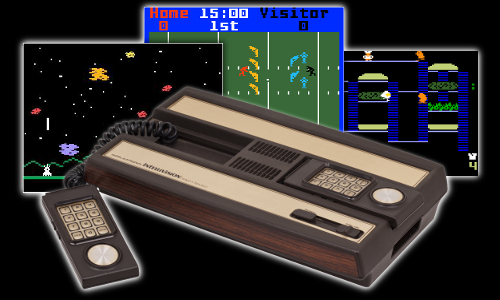 Long before Sony vs. Microsoft, and even before Nintendo vs. Sega, the video game console war was waged between Intellivision and Atari. Intellivision even dominated the market for a few years before the industry crashed in 1983. Although it bounced back a bit afterwards, the company lost ground to competitors in the mid to late 80s and the console was eventually discontinued in 1990.

According to the company’s 1982 report to the Securities and Exchange Commission, Mattel had almost 20% of the domestic video-game market. Although the Atari 2600 had more third-party development, Creative Computing Video & Arcade Games reported after visiting the summer 1982 Consumer Electronics Show that “The momentum is tremendous”. Activision and Imagic began releasing games for the Intellivision, as did hardware rival Coleco.

Intellivision Flashback by AtGames is available: via Amazon 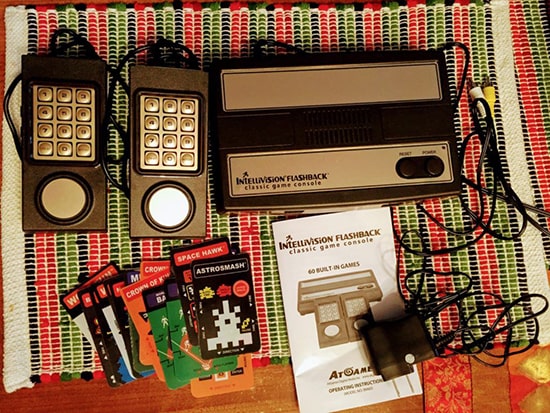