Bally Astrocade: The Astrocade (also known as Bally Arcade) is a second generation home video game console and simple computer system designed by a team at Midway, at that time the video game division of Bally. It was originally announced as the “Bally Home Library Computer” in October 1977 and initially made available for mail order in December 1977. But due to production delays, the units were first released to stores in April 1978 and its branding changed to “Bally Professional Arcade”. It was marketed only for a limited time before Bally decided to exit the market. The rights were later picked up by a third-party company, who re-released it and sold it until around 1984. The Astrocade is particularly notable for its very powerful graphics capabilities for the time of release, and for the difficulty in accessing those capabilities. 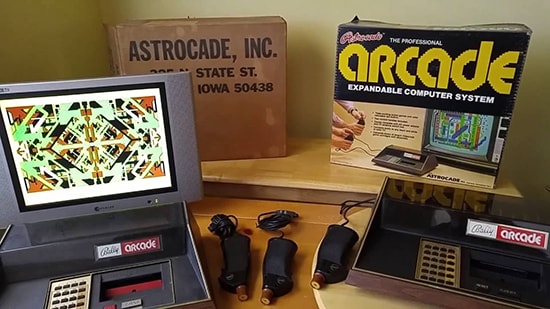 The basic system was powered by a Zilog Z80 driving the display chip with a RAM buffer in between the two. The display chip had two modes, a low-resolution mode at 160 × 102, and a high-resolution mode at 320 × 204, both with 2-bits per pixel for four colors. This sort of color/resolution was normally beyond the capabilities of RAM of the era, which could not read out the data fast enough to keep up with the TV display.

The system used page mode addressing allowing them to read one “line” at a time at very high speed into a buffer inside the display chip. The line could then be read out to the screen at a more leisurely rate, while also interfering less with the CPU, which was also trying to use the same memory.

The games are cartridge based, with each cartridge equivalent to the size of a standard audio cassette tape. Most cartridges carry anywhere from one to four unique games. The games are inserted into the front loading cartridge slot, and then pushed down to lock into place. Pressing the Eject button releases the cartridge. There were approximately thirty game cartridges released into public domain.

The system itself contains four built-in games: Gunfight (a 2-player versus game) Checkmate (a Tron-like game in which one player cannot cross the path of another player) Scribbling (a very basic drawing program), and Calculator (self-explanatory).

The Astrocade has a very unqiue analog controller. The stick itself is capable of free motion in any direction. The top of the stick twists like a dial, for use with Pong-style gameplay in which a paddle moves along a singular axis. There is also a trigger on the underside of the controller. Each controller is individually numbered, however any controller can be plugged into any port. 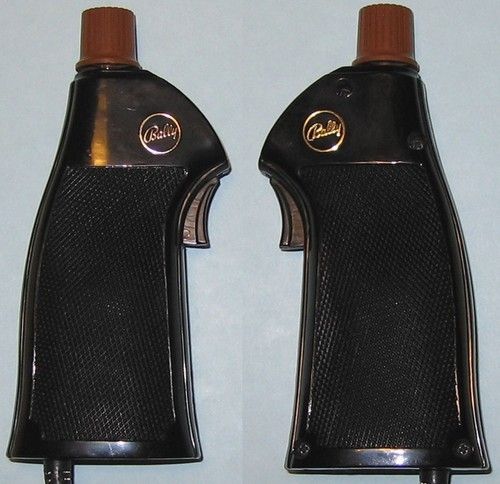