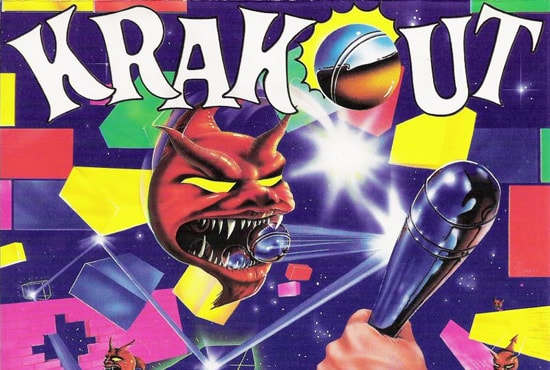 Krakout is a Breakout clone that was released for the ZX Spectrum, Amstrad CPC, BBC Micro, Commodore 64, Thomson computers and MSX platforms in 1987. One of the wave of enhanced Breakout variants to emerge in the wake of Arkanoid. It was written by Andy Green and Rob Toone and published by Gremlin Graphics. The music was composed by Ben Daglish.

Its key distinctions are that gameplay is horizontal in layout, and that it allows the player to select the acceleration characteristics of the bat before playing.

There are a number of types of special bricks, but unlike Arkanoid, they do not fall towards the bat. Instead, when you hit a special brick, it flips to show a letter. E (Extend bat), C (Catch ball), M (Missile), B (Bomb, explodes when hit by ball, clearing a number of bricks) and X (Extra life). Extra lives are also awarded when the player scores 10,000 points.

In Krakout, there are 100 screens to be conquered. Source: Mobygames 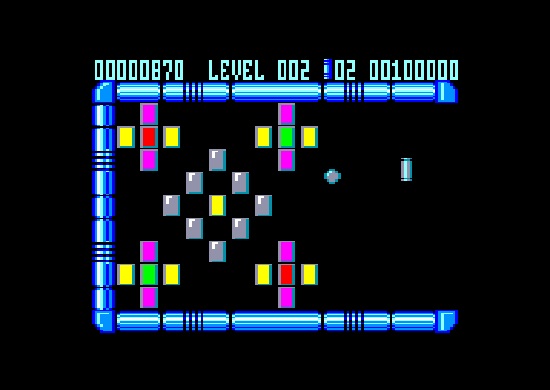