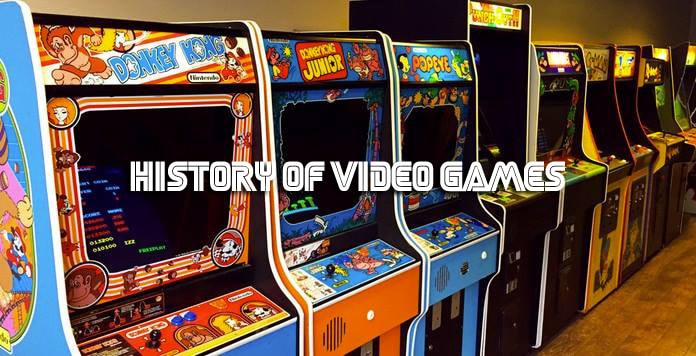 History of Video Games: Video games have been available to a wider audience since the early 1970s. Before that, video games existed almost entirely as novelties passed around by programmers and technicians with access to computers.

History of Video Games: The beginning

1950s: To start from the beginning, you need to take a look back as far as the early 1950s, when academic computer scientists began designing simulations and simple games as part of their research or just for recreation.

For example, in 1952, British professor A.S. Douglas created Noughts and Crosses, also known as OXO or a tic-tac-toe, as part of his doctoral dissertation at the University of Cambridge. 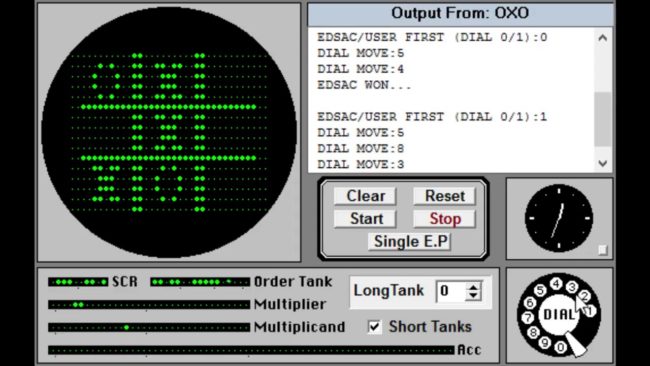 Another notable early video game, Tennis for Two, was created by William Higinbotham in 1958. For the annual visitor’s day at the Brookhaven National Laboratory in Upton, New York – Large analog computer was connected with oscilloscope screen. VIDEO

1960s: In the 1960s, professors and students played games such as 3D tic-tac-toe and Moon Landing, at M.I.T. (Massachusetts Institute of Technology).

In 1962, Steve Russell at the Massachusetts Institute of Technology invented Spacewar!, a computer-based space combat video game for the PDP-1 (Programmed Data Processor-1), then a cutting-edge computer mostly found at universities. It was the first video game that could be played on multiple computer installations. 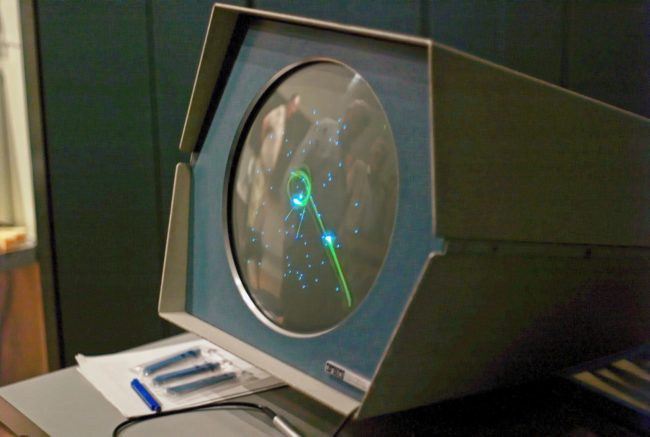 These games were played on computers such as the IBM 1560, and moves were made by means of punch cards. Video gaming did not reach mainstream popularity until the 1970s and 1980s, when video arcade games and gaming consoles using joysticks, buttons, and other controllers, along with graphics on computer screens and home computer games were introduced to the general public.

Another notable milestone in the video gaming history was the launch of Activision, the first third-party game developer (which develops software without making consoles or arcade cabinets), in 1979.

Scroll down to vote for your favorite video game consoles before 2000s. Thanks! 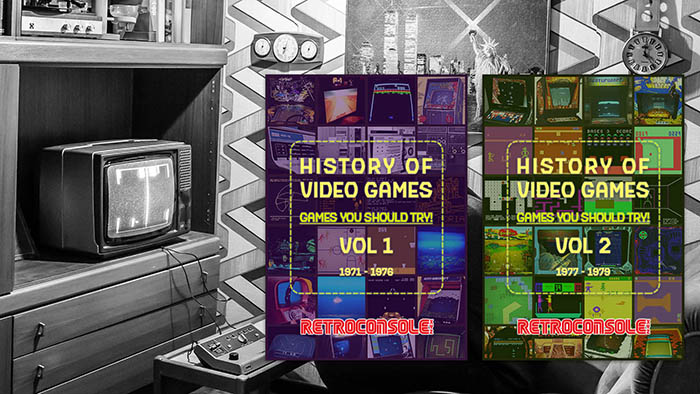 Books were composed as guides to help retrogamers. The main purpose is to give information about the games you should try if possible. They were composed to save your time searching for information. Instead wasting your time, you can get all the information from one source, from these books.

In these books you can find the – most important, most innovative, most playable video games as of today, listed in chronological order. Every video game has a picture and short description on the side.

However, these books were not meant to give you in-depth reviews about the games, these books were composed to provide overview – about what games were released back then and which are still playable, worth to check out today, if possible.

Sega releases the Mega-CD in Japan. Super Nintendo was released in North America. Blockbuster reported that Sonic the Hedgehog for the Sega Genesis was the chain’s highest-renting title in 1991.

In July, Nintendo releases the first issue of Nintendo Power magazine. In October, Sega Mega Drive was released in Japan.

Sega released Master System in the US, known as Sega Mark III in the Japan. It was the first real competition to Nintendo’s Entertainment System. Released with Hang On and Safari Hunt.

Nintendo releases Super Mario Bros., which eventually sells 40 million copies, making it the best-selling video game of all time until 2008. NES was launched for a limited test market in the United States.

Despite the Great Video Game Crash of 1983, two new home consoles were released. Oddly enough, Sega released their SG-1000 console in Japan, on the exact same day as Nintendo released their Famicom.

Namco releases Pac-Man. It becomes the highest-grossing game of all time. It has the first gaming mascot character, established the maze chase genre, introduced power-ups and featured cutscenes.

In 1978, Space Invaders was released by Taito in Japan. Midway gave it a wide release in North America. The worldwide success of Space Invaders marks the beginning of the golden age of arcade video games.

In 1976, Channel F, an early video game console to use a microprocessor and cartridges was released. Sega released Heavyweight Champ. It was the first video game to feature hand-to-hand fighting.

At the beginning of the 1970s, video games existed almost entirely as novelties passed around by programmers and technicians with access to computers. But it was all going to change.

The History of Video Games: Documentary

What could be better than getting to know the history of video games with Tony Hawk? You can’t really beat that! 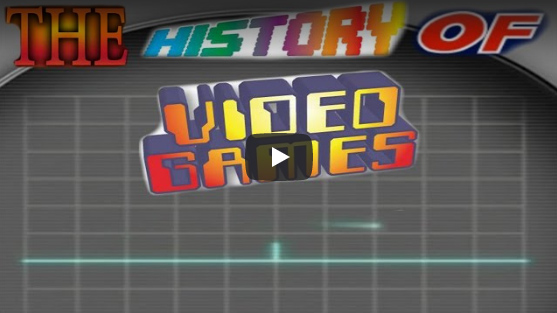 If you are more interested in the history of home consoles, starting with Magnavox Odyssey (1971), take a look here: Video Game Consoles

History of video games goes back to the early 1950s. Academic computer scientists began designing simple games and simulations as part of their research. However, video games existed almost entirely as novelties passed around by programmers and technicians with access to computers.

The Ultimate History of Video Games: The Book 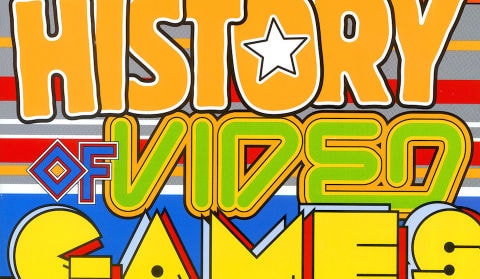 The Ultimate History of Video Games reveals everything you ever wanted to know and more about the unforgettable games that changed the world, the visionaries who made them, and the fanatics who played them. From the arcade to television and from the PC to the handheld device, video games have entraced kids at heart for nearly 30 years. Get it here

History of Video Games by Decades

On the following images you will see the history of video gaming consoles. 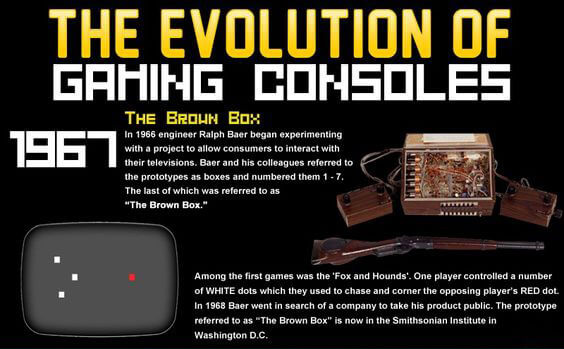 THE EVOLUTION OF GAMING CONSOLES

In 1966 engineer Ralph Baer began experiment with a project to allow consumers to interact with their televisions. Baer and his colleagues referred to the prototypes as boxes and numbered them 1 – 7. The last of which was referred to as “The Brown Box”.

Among the first games was the “Fox and Hounds”. One player controlled a number of WHITE dots which they used to chase and corner the opposing players RED dot. In 1968 Baer went in search of a company to take his product public. The prototype referred to as “The Brown Box” is now in the Smithsonian Institute In Washington D.C. 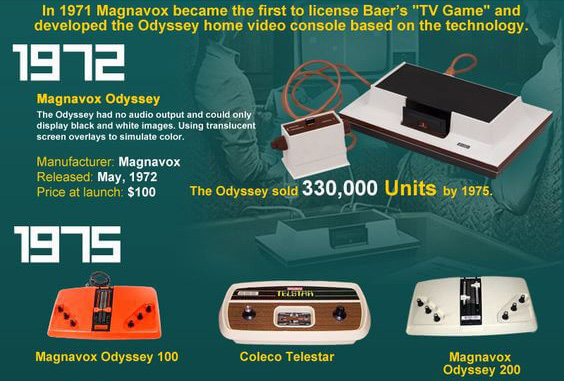 Besides that, in 1971 Magnavox became the first to license Baer’s “TV Game” and developed the Odyssey home video console based on the technology.

Magnavox Odyssey (Released: May, 1972 – Price at launch: $100 ) had no audio output and could only display black and white images. Using translucent screen overlays to simulate color. The Odyssey sold 330,000 Units by 1975.

In 1978, Taito’s Space Invaders descends on Japan, causing a shortage of 100-yen coins. Within a year, 60000 Space Invaders machines in the United States tempt Americans to spend millions of quarters driving back the seemingly unstoppable ranks of attacking aliens. 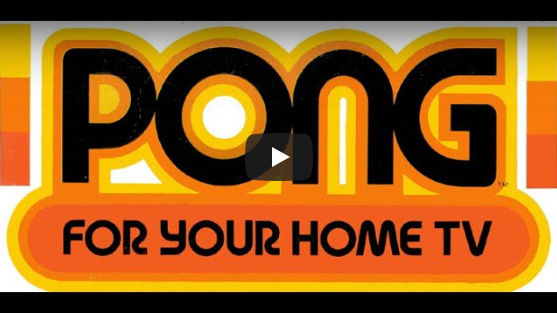 The Video Game Crash of 1977 is both misunderstood and very rarely discussed.

The crash was largely caused by the significant number of Pong clones that flooded both the arcade and home markets. No one wanted to play or buy pong consoles. The crash eventually came to an end with new re-programmable console called Atari 2600. It was not the first Second generation console, however the most successful (sold more than 30 million units).

The Super Nintendo Entertainment System is a 16-bit home video game console developed by Nintendo. It was released in 1990 in Japan and South Korea, 1991 in North America, 1992 in Europe and Australasia (Oceania), and 1993 in South America.
CONTINUE READING BELOW

Buy me a coffee

Home consoles since the 1980s 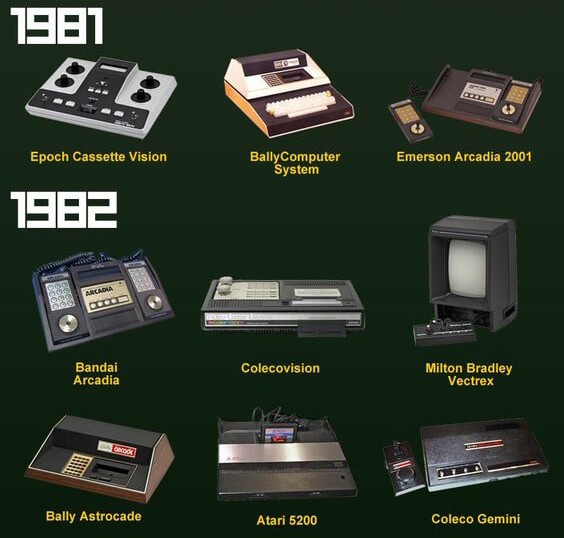 What caused the Crash of 1983? Over abundance of crappy games?

That’s the worst myth in gaming history. There is no more of an over abundance of bad games then than there is now and in ever generation in between. The crash was caused by a lot of reasons, but none of them were because a few bad games were made that never got shelf space and no one ever played until the 90s when the ROM got dumped.

The crash got kicked off because of a Wall Street Panic on December 7th 1982 where Warner announced that Atari’s profits would see a 10 to 15 percent increase and not the projected 50 percent.

This caused a chain reaction where video game stock soured.

Which video game consoles before 2000s are your favorite?

Buy me a coffee