Twin Cobra released in Japan as Kyukyoku Tiger is a 1987 helicopter-themed shoot ’em up arcade game developed by Toaplan. It was published by Taito Corporation in Japan, and by Romstar in North America, and is one of Toaplan’s most popular arcade games. It is a spiritual sequel to Tiger-Heli and is followed by Twin Cobra II.

You pilot the TC-17 Twin Cobra assault helicopter to fight the forces of Commander Anziga, the myopic leader of the nation of Kaban.

You will fight small helicopters, tanks and stationary guns, defeat the large helicopters to get power-ups. By picking up colored icons (blue, yellow, red or green) you can change to different weapon types. Blue is a forward spread shot, yellow is a four-way shot, red is a wide forward laser shot and green is a continuous forward laser shot. At the end of each section, you land on a carrier ship and count up your bonuses.

Your job is to pilot your assault helicopter into Kaban and take out the entire military base of Commander Anziga. Source: Mobygames 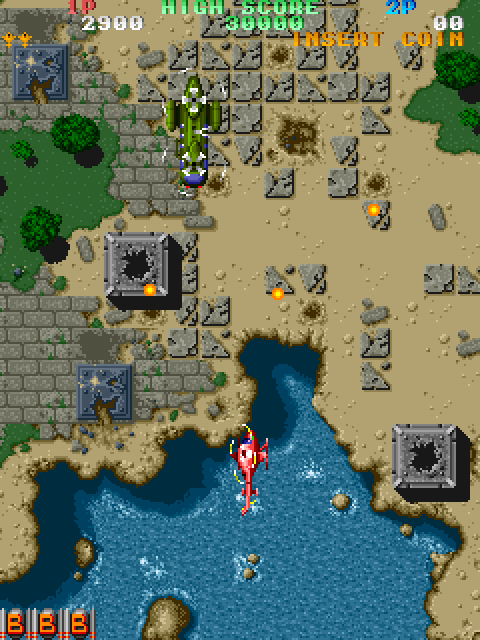