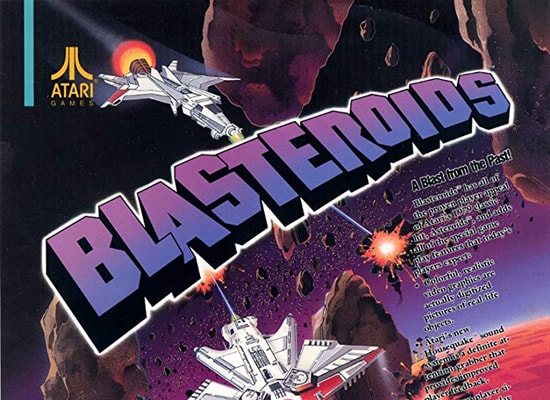 Blasteroids is the third official sequel to the 1979 shoot ’em up video game Asteroids. It was developed by Atari Games and released as a coin-operated game in 1987. Unlike the previous games, Blasteroids uses raster graphics, not vector graphics.

The gameplay for the game is basically the same as for the original. Player (or 2 players) control a spaceship viewed from “above” in a 2D representation of space, by rotating the ship, and using thrust to give the ship momentum. To slow down or completely stop moving, the player has to rotate the ship to face the direction it came from, and generate the right amount of thrust to nullify its momentum. The ship has a limited amount of fuel to generate thrust with.

At the start of the game, the player is in a screen with four warps indicating the game’s difficulty: Easy, Medium, Hard, and Expert. Flying through any of the warps starts the game with that difficulty. Each has several galaxies, each with 9 or 16 sectors depending on difficulty. Once a sector is completed by destroying all the asteroids, an exit portal appears to lead the player to the galactic map screen. Source: Wikipedia

The object of the game is to destroy all the asteroids which have a set speed at which they fly through the Sector. Asteroids come in varying sizes, and when shot, larger asteroids break into multiple smaller ones. Only shooting the smallest ones will actually remove them from the Sector. 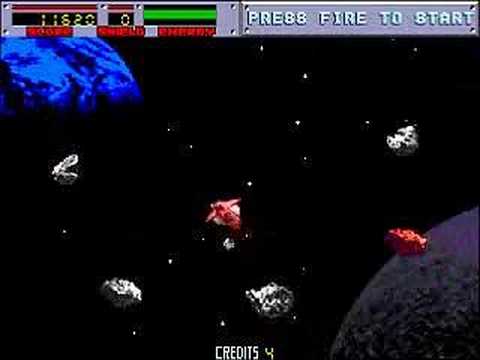