The Channel F was was also the first videogame console to utilize a pause function, via the “Hold” button on the console that would freeze the game (or even speed it up). By 1976, the Pong and Shooting Gallery games dominating the video game market were becoming over-saturated with clones and cheap knock-off consoles. At this point, Fairchild entered the market with a new machine that attempted to differentiate itself by doing numerous new and exciting things. With so many “Pong” clones on the market at this time, the Fairchild Channel F was a breath of fresh air. However, with only 26 games, the console’s success was very short.

The Fairchild VES was designed by Gerald Jerry Lawson and developed by Fairchild Camera and Instrument Corporation through its well known subsidiary Fairchild Semiconductor, a well known semiconductor company that continues to exist to this day. Source: Giantbomb 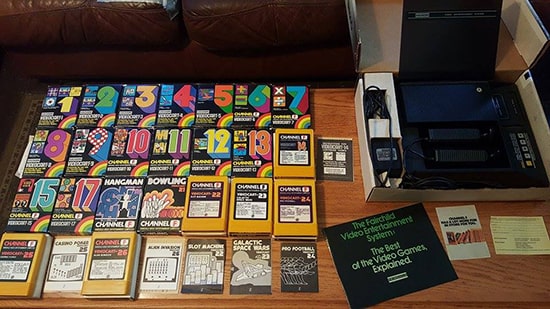