Please scroll down to vote for your favorite video games of 1979. Thanks! 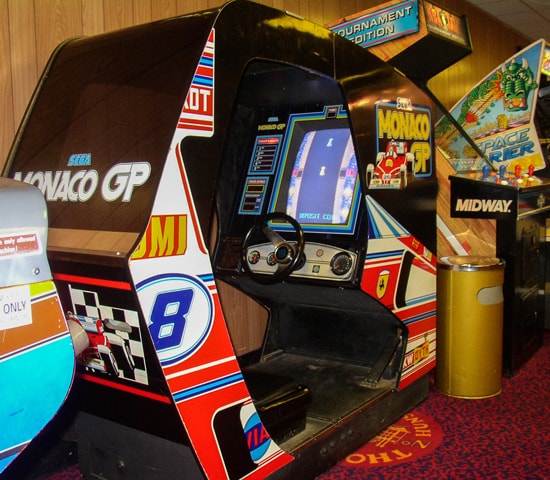 Automated Simulations released Temple of Apshai, one of the first graphical role-playing games for home computers. It remained the best-selling computer RPG until 1982. SubLOGIC released Flight Simulator for the Apple II. Richard Garriott created Akalabeth, a computer role-playing game for the Apple II. It launched Garriott’s career and is a precursor to his highly successful Ultima series. Richard Bartle and Roy Trubshaw created what is commonly recognized as the first playable MUD. Atari’s 8K Star Raiders cartridge was released and became a system seller for the new Atari 400/800 computer line. Source

Atari released Adventure for the Atari 2600. It is recognized as the first visual adventure game, or action-adventure, and has one of the first known Easter eggs in a video game.

Mattel test marketed the Intellivision console in Fresno, California. It was released throughout the United States in 1980. Milton Bradley Company released the first handheld game console, the Microvision. Nintendo’s Gunpei Yokoi began development on the Game & Watch, released as a line of handheld electronic games in 1980.