Sega Mega Drive Mini Announed! After years of waiting, Sega has finally unveiled it’s New Mega Drive Mini console. It’s not the one made by AtGames, this one will be made by Sega. Announcement was made in Japan during the company’s annual SEGA FES event and it will be released in Japan later this year (2018). Two photos of the console were posted on the official Japanese SEGA Twitter account. One, new console being held in hand and the other one was a close-up image of the device.

While the console has only been announced for Japan, it’s quite possible an announcement for the west is also on the horizon. 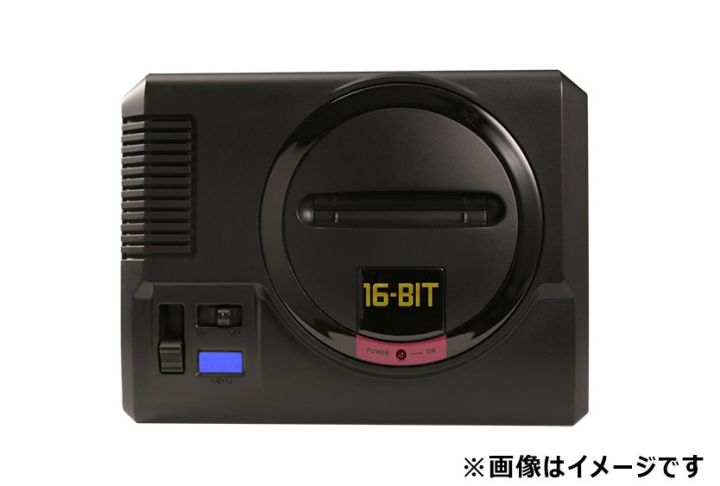 No details regarding which games will be included in the New Sega Mega Drive Mini Console has been revealed.

The price of the New Sega Mega Drive Mini?

No price was announced at the console’s unveiling, however we do have Sega’s rivals as a measuring stick. For example, The NES Classic Mini cost £69.99 at launch, while the SNES Classic Mini was £10 more and came with an additional controller in the box. Probably, the Sega Mega Drive Mini will be similarly priced, if not cheaper, to compete with Nintendo’s offerings.

Nintendo’s miniature retro consoles include controllers that, while lovingly nostalgic, include cables which are far too short. The SNES Classic Mini rectified this somewhat with slightly longer cables, but in the era of wireless technology, it’s still not good enough.

2. Two controllers in the box

Nintendo fixed this flaw in the SNES Classic Mini, but having two controllers in the box is essential. These classic consoles thrived on couch co-op gaming, and being able to enjoy that straight away without paying an additional fee is what players want.

While Sega has a solid first-party lineup of games, Sega had such an incredibly strong third party offering on the Mega Drive that having partnerships for the console would be brilliant. World of Illusion starring Mickey Mouse and Donald Duck, Aladdin, Micro Machines, Teenage Mutant Ninja Turtles, Desert Strike. The console isn’t complete without these games.

There are many retro gaming enthusiasts who continue to buy old-school consoles and the games to go with them. If customers could expand the gaming library that comes with the machine with actual physical games bought from car boot sales and retro gaming stores, that’d be a huge ace up Sega’s sleeve that Nintendo doesn’t currently offer with its retro consoles.

For those who are looking for ways to play the Sega Mega Drive now, AtGames released the SEGA Genesis Flashback last year. This was packed with 85 games. Available immediately from: Amazon

However: About Sega Genesis Flashback

There are ups and downs with Flashback! The hardware is where the Sega Genesis Flashback gets some things right. However, with every positive thing comes a negative companion. The Genesis Flashback comes with two 2.4 Ghz wireless controllers, which is an improvement over the SNES Classic’s short wires. Nonetheless, while it is also a step above AtGames’ previous infrared wireless implementation, the wireless latency still isn’t great. Controllers feel cheap, hardly like exact replicas of classic Genesis controllers.

Another negative: You will have to use the six-button Genesis controller, even though many of the included games don’t require it. No three-button pads allowed. Well, it’s not that bad right!

The Original Sega Mega Drive, known also as the Genesis in regions inside of North America, is a 16-bit home video game console developed and sold by Sega Enterprises. The Mega Drive (or Genesis) was third console by Sega (if not counting all the variations of Master System) and direct successor to the Master System. Read more about all the Sega Consoles.

The History of Sega

For those who would like to know more about the history of Sega, read the full story about Sega Enterprices: Click Here