Please scroll down to vote for your favorite video games of 1977. Thanks!

Coleco releases a number of new models of the Telstar console: the Telstar Alpha, the Telstar Colormatic, the Telstar Regent, the Telstar Ranger, the Telstar Galaxy, and the Telstar Combat. Most of these systems feature only minor variations on the original Telstar model, such as new controller types (for example, the Ranger featured a light gun, while the Galaxy included joysticks). Nintendo releases the Color TV Game 6 dedicated console, featuring six variations of Light Tennis (a Pong clone). Nintendo’s partner, Mitsubishi, produces most of the system’s hardware components.

Thanks to the success of Atari’s Pong home console, many other electronics and toy manufactures wanted to capitalize on the growing trend of video games and attempted to make their own clones of the Pong system. But because of over abundance of crappy pong ports and a lack of new, original, and fun games, video games industry had it’s first setback – The Video Game Crash of 1977. More advanced pong consoles didn’t save the industry. In fact, it was Space Invaders (released in 1978), that restored the trust. 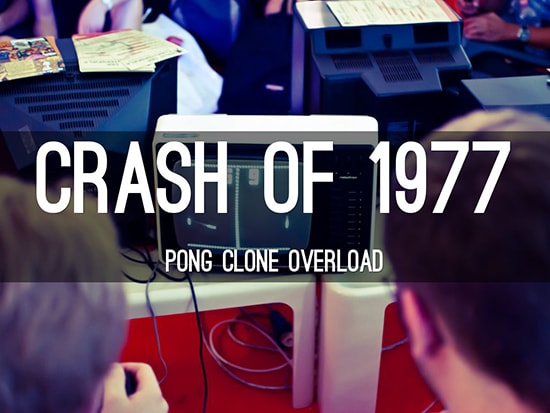