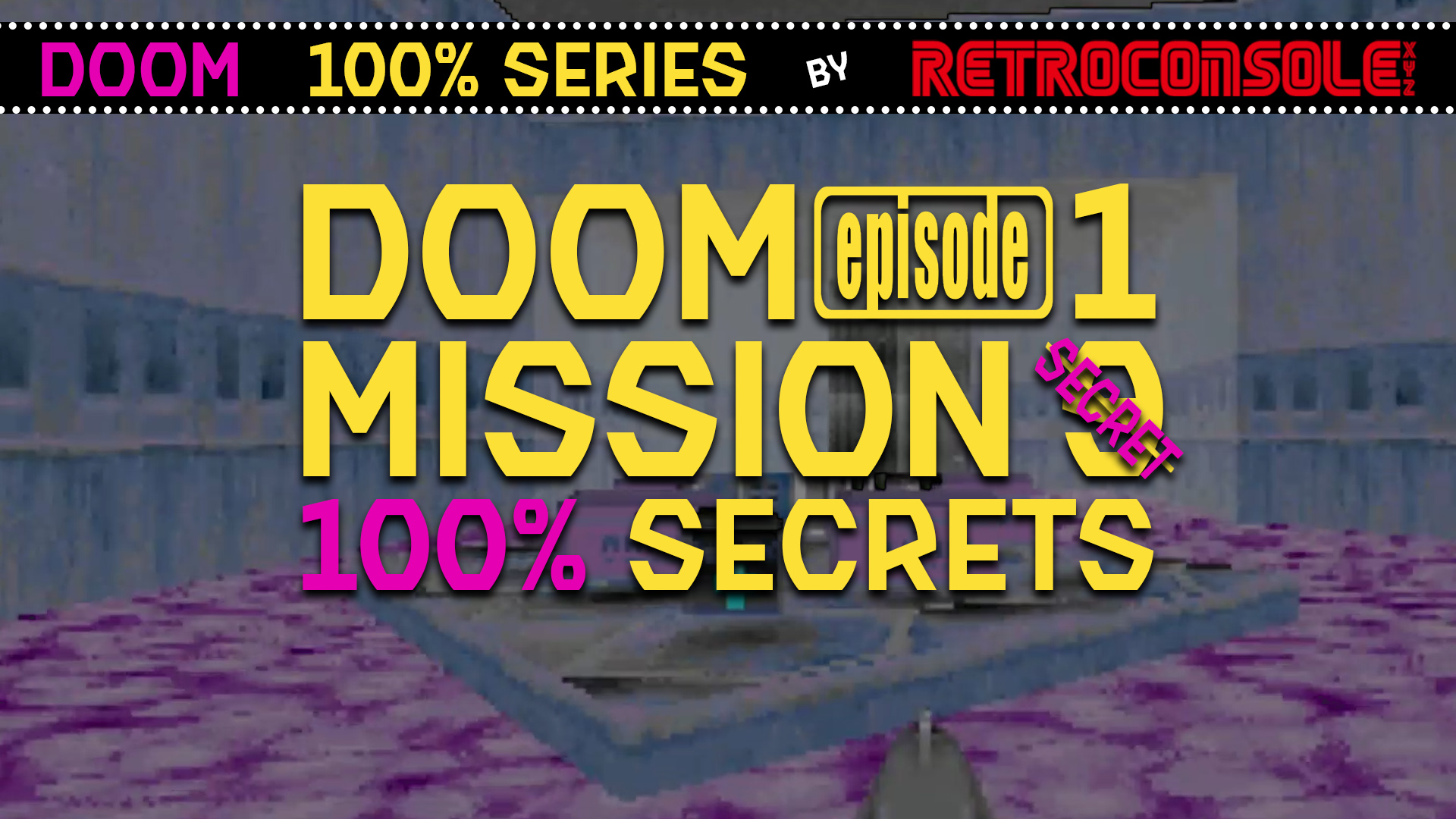 In the Doom 100% series, I intend to complete every level with 100% secrets – which means that I will show you everything you can discover but I am not going crazy with killing every enemy or picking up every item.

If you didn’t know – Doom is a 1993 first-person shooter (FPS) game developed by id Software for MS-DOS. Players assume the role of a space marine, popularly known as Doomguy, fighting his way through hordes of invading demons from Hell.

The first episode, comprising nine levels, was distributed freely as shareware and played by an estimated 15–20 million people within two years.

The full game, with two further episodes, was sold via mail order. An updated version with an additional episode and more difficult levels, The Ultimate Doom, was released in 1995 and sold at retail.