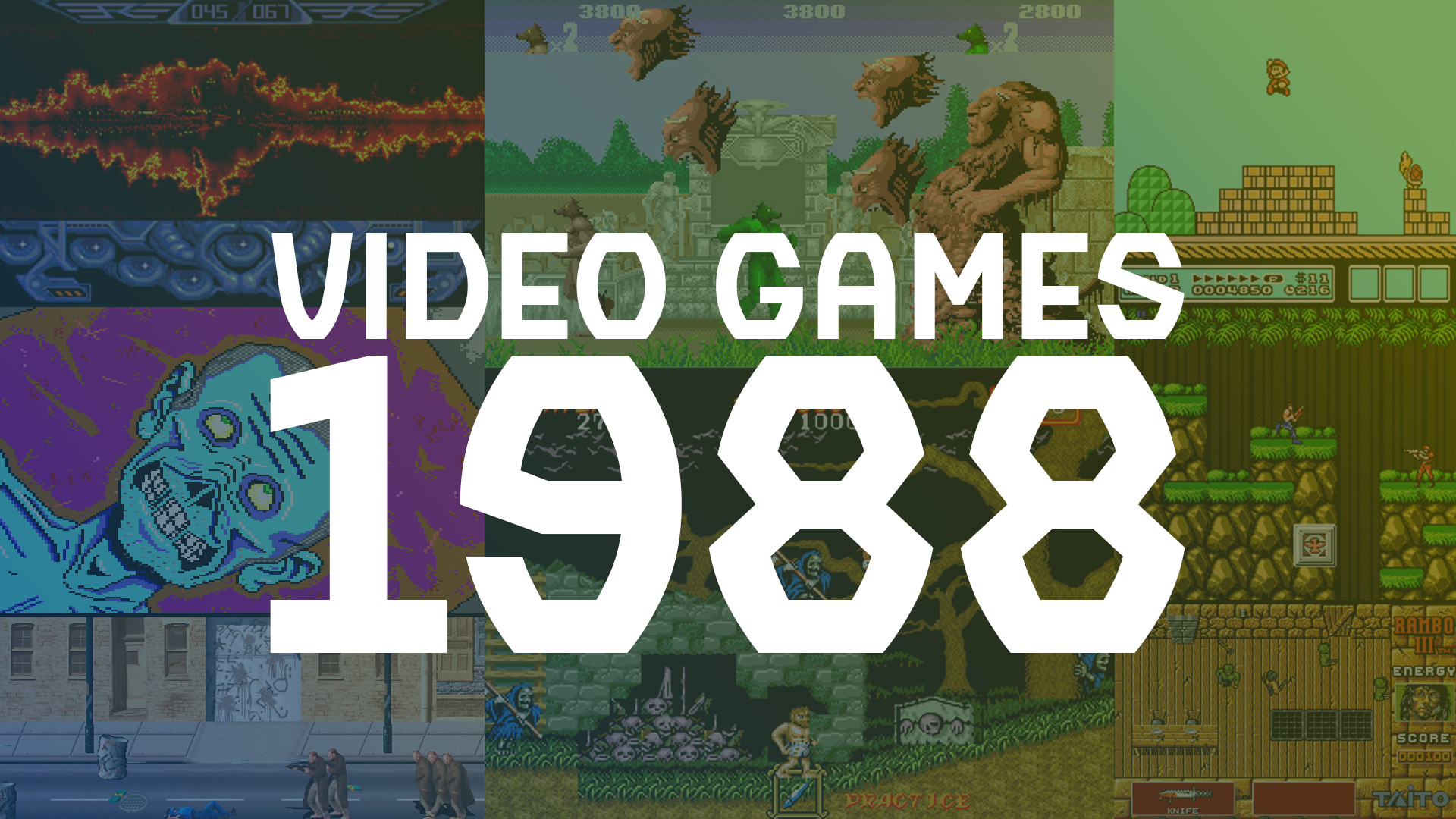 Grab your axe or machine gun, and put the glitter in the gate, 1988 is here.

Games featured in this video:

Namco releases the Namco System 21, the first arcade system board specifically designed for 3D polygon graphics. Nintendo buys the rights to Bandai’s Family Trainer and re-releases it as the Power Pad. Sega Mega Drive was released in Japan.

Namco releases Assault, which may be the first game to use hardware rotation of sprites and the background. Namco also releases Winning Run, the first polygonal 3D arcade racing game.

For the Americans, Nintendo releases Zelda II: The Adventure of Link. The game had been released nearly two years earlier in Japan on the Famicom Disk System.

Sega releases Phantasy Star outside Japan for the Sega Master System, the first in the company’s most successful series of role-playing video games.