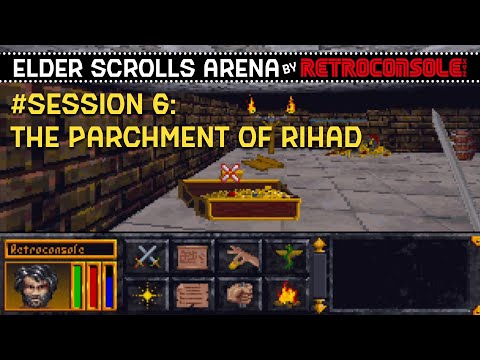 Like its sequels, Arena takes place on the continent of Tamriel, complete with wilderness, dungeons, and a spell creation system that allows players to mix various spell effects.

The game’s setting begins in Tamriel on the 389th year of the Third Era, when Emperor Uriel Septim VII summons his advisor and Imperial Battlemage Jagar Tharn over concerns of betrayal from within the court.

It transpires that his concerns were justified when Tharn is revealed to be the traitor, magically trapping the Emperor and his general, Talin Warhaft, in another dimension.

It’s not going to be playthrough but I plan to play it a little bit. I was planning to upload 4-5 sessions, each 30-40 minutes long :)

However, here is another session! Enjoy the Session 6!