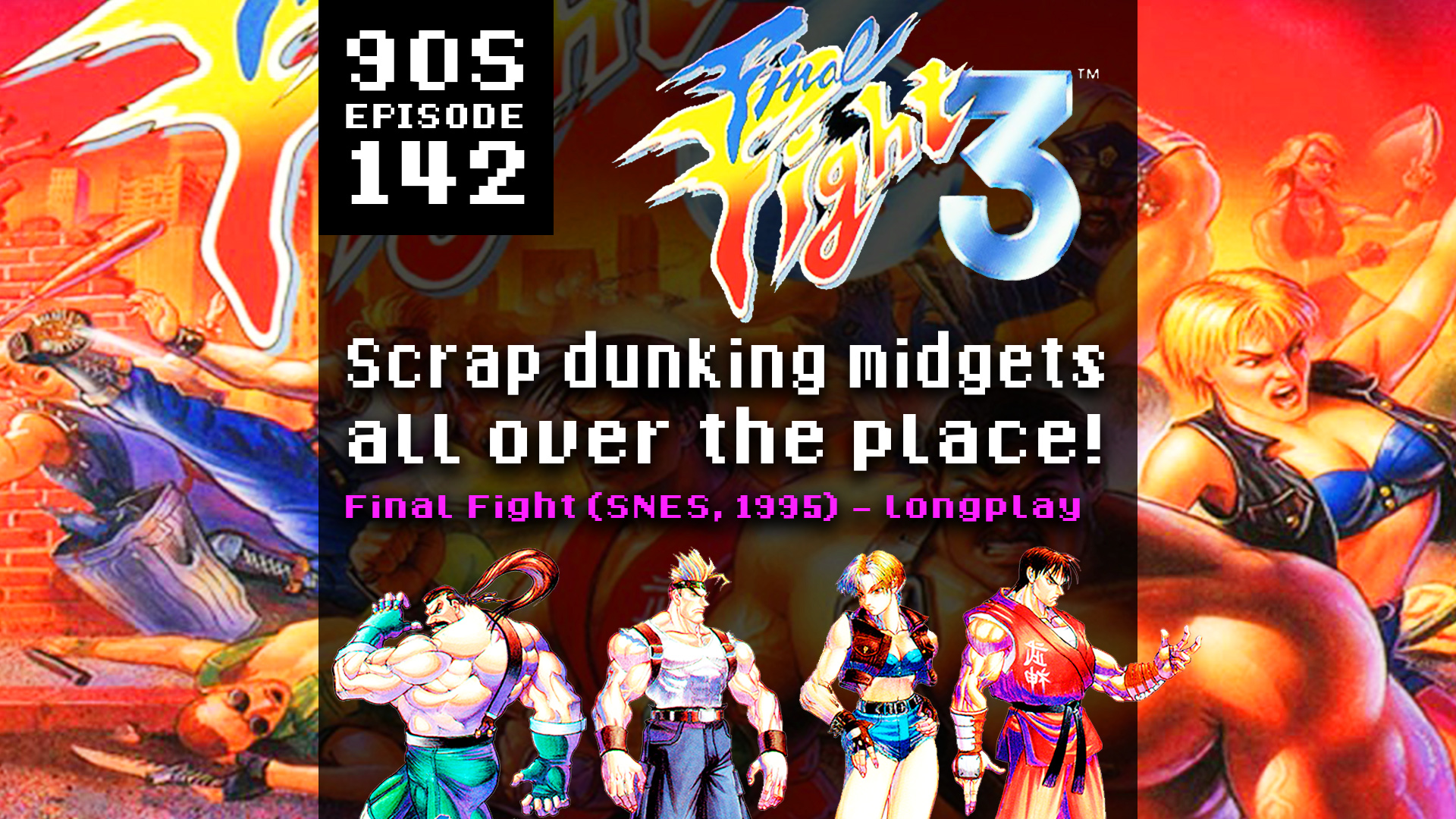 Final Fight 3, released in Japan as Final Fight Tough is a side-scrolling beat ’em up by Capcom, released exclusively for the Super Nintendo Entertainment System in 1995.

The player has a choice between four characters: Guy and Haggar from the original Final Fight return, along with new heroes Lucia and Dean. As in the previous Final Fight games, each character has their own set of moves, techniques and abilities unique to their character. Like in Final Fight 2, the game can be played alone or with a second player, along with an additional game mode that allows a single player be accompanied by a CPU-controlled partner.