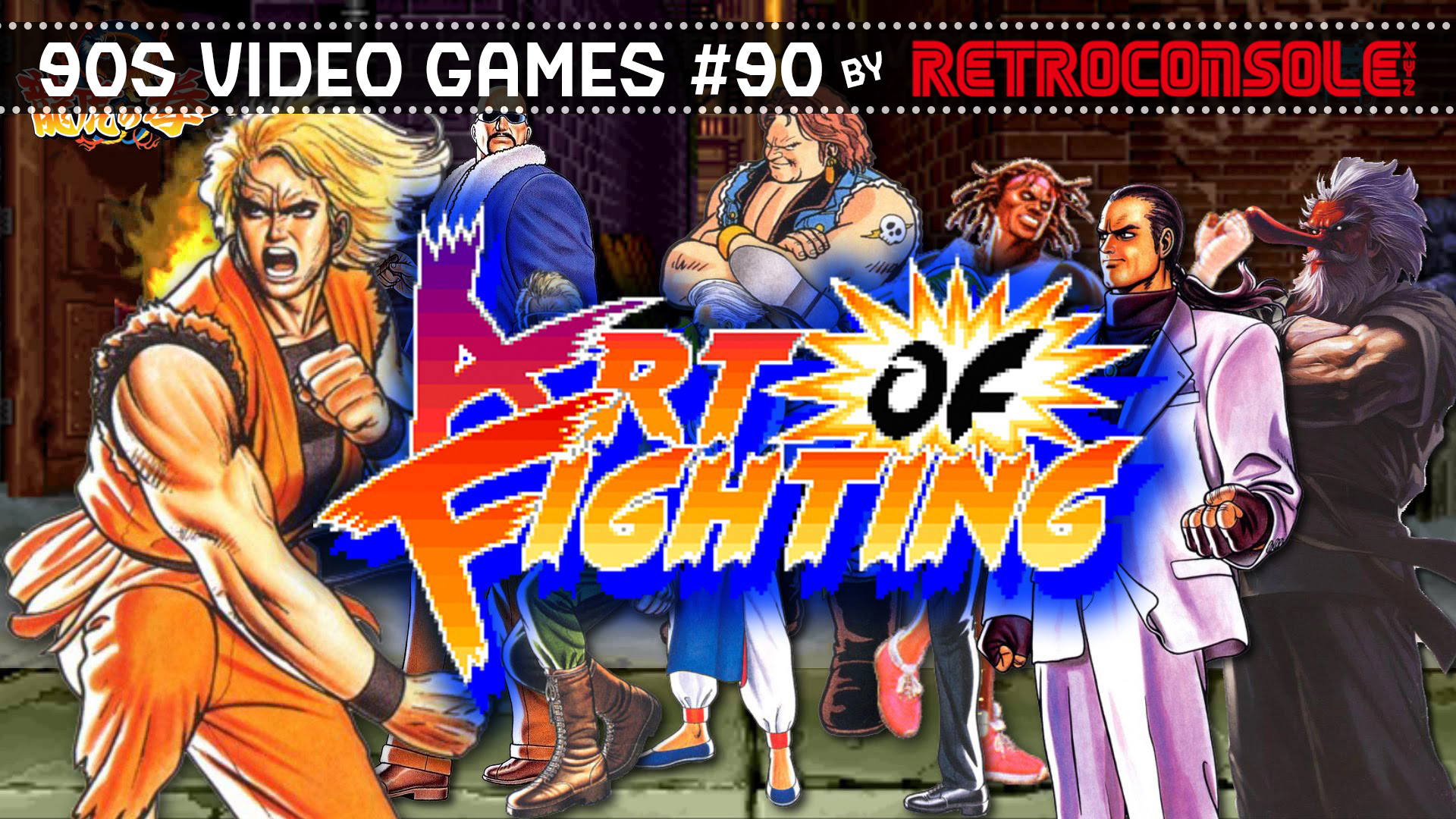 90s Video Games, Episode 90
Art of Fighting [Arcade, 1992] Ryo beats the crap out of bad guys and saves his sister

The game’s story takes place in 1978. Friends Ryo Sakazaki and Robert Garcia are trying to find Ryo’s sister, Yuri, who has been kidnapped.

Ryo and Robert are the only playable characters in the single-player story mode, although eight of the game’s ten characters are playable in two-player versus mode by default.

Art of Fighting’s contribution to the fighting games genre was the inclusion of a “spirit gauge” below the character’s life bar. When character performs special techniques, their spirit gauge is drained and their special attacks become weaker. The player can also empty their opponent’s life meter by taunting them.

One of my personal favorite fighting games from the early 90s. I like it even more than Mortal Kombat 1 or Street Fighter 2. For some reason, I didn’t like Art of Fighting 2 or Art of Fighting 3 as much.