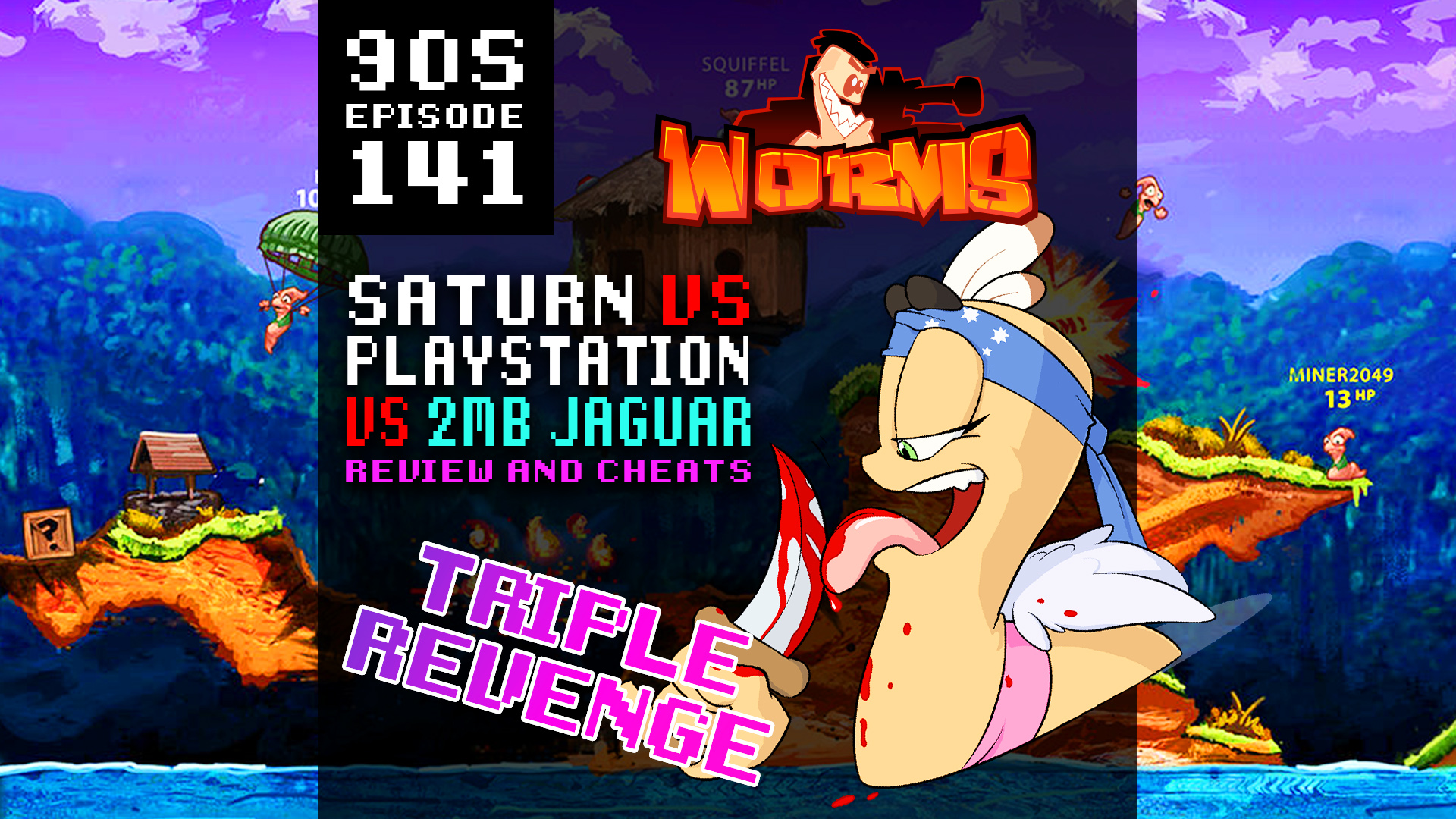 In today’s episode, I am going to talk about Worms on Playstation, Saturn and Jaguar. I am also going to demonstrate you some cheats in the end of the video. So stay tuned and enjoy the video.

I was impressed with Sega Saturn port, which actually looks a bit better than the PS1 version in my opinion – it has somewhat smoother edges and brighter colors. However, the difference between these two ports is so small that it would be fair to call it a draw.

It doesn’t matter which port to get. And the fact is, Saturn conversion is a straight port of the PlayStation version.

What really amazes me is that the Jaguar port is pretty decent compared to PS1 and Saturn, considering it’s only 2MB in size, PS1 and Saturn versions are around 500 MB. Yes, Jaguar version is missing a lot of sound effects and all the cut-scenes – but the game itself actually looks and plays very good. Much better than I expected!

All the action in Jaguar version is kind of sped up, however. I would complain about AI thinking time. Sometimes they think so long that you already think, if the game got stuck or crashed.

Jaguar version was also released a lot later, in 1998.

Now let’s talk about cheats! And I am going start with the Playstation.

For weapons upgrade, you would need to press X and Square 8 times simultaneously at the weapon options screen. It will replace Cluster Bomb, Uzi and Mines with Banana Bomb, Minigun and Sheep Bomb. This code also enables swinging 360 degrees with the ninja rope.

Supposedly, there is a boxing match cheat. You need to execute a fire punch or a dragonball, quickly hold Square and press R1, L1, Circle. Then, a boxing match should start featuring one worm from each team. However I can not confirm that this cheat exists, because was not able to pull this off. You can let me know in the comments if this cheat is real and how to execute it.

For the ultimate tournament map, enter the password “00035907”. This map is entirely flat, making it a excellent for tournament play.

That’s it! I hope you enjoyed the video! Don’t forget to like and subscribe to support the channel.