Astaroth: The Angel of Death 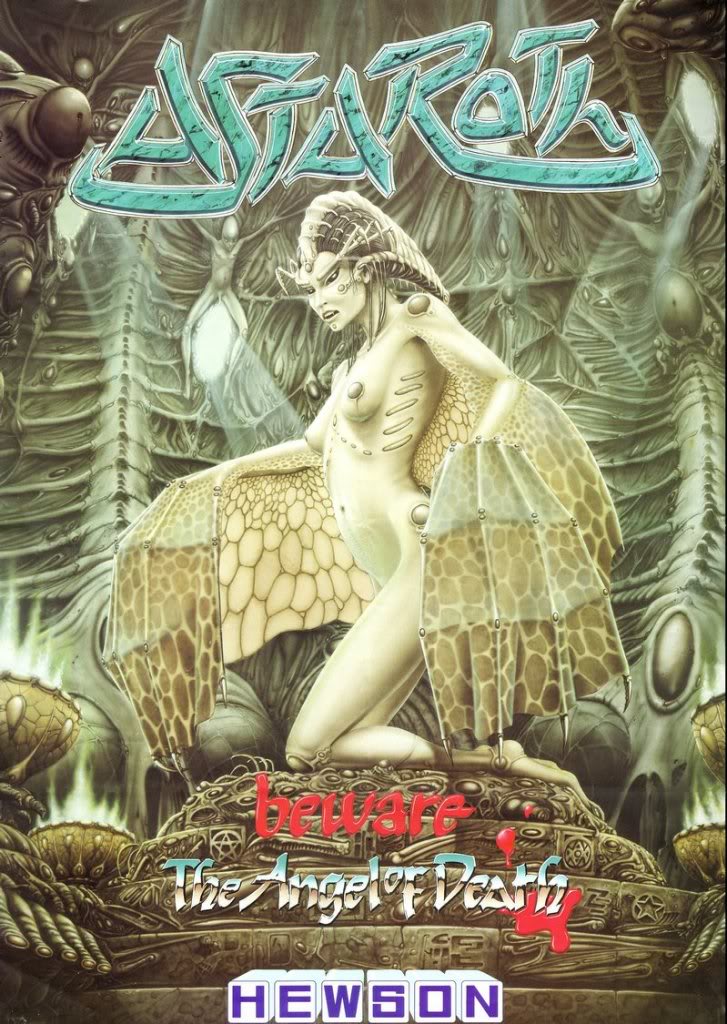 The game is in the platform style. You can jump and duck the obstacles you encounter. On your quest you will encounter monsters like giant scorpions, beholders and fire elementals.

Your mission is to guide Ozymandias through the catacombs of Astaroth’s domain. You can pick up nine different mind powers, which act as powerups and help you on your quest. These powerups include levitation (allowing you to float), Pyrokinetics (ability to create fire with your mind), shape shifting and more. If you are not ready to battle yet, just don’t.

Along the way you will have to defeat Astaroth’s 3 guardians. First you will encounter a sphinx, then a 3 headed hydra and finally a marlith demon. Once you have defeated the guardians you will have to face Astaroth herself in a battle of the minds using the powerups you have collected. Source

It became quite famous before being published thanks to the tits-sporting cover image showed in every games magazine.

According to the game manual, coder Marc Dawson first conceived the idea for Astaroth: The Angel of Death after reading Stephen King’s 1974 best-selling horror novel “Carrie”.

According to the manual, the main sprite is based on a sketch of guitarist Andrew Eldritch of 1980s gothic UK rock band “The Sisters of Mercy”.

Don’t believe everything they say about the game! They call it crap, mediocre, “don’t waste your time” game.

Actually this game has magnificent soundtrack, beautiful graphics, precise controls and it’s fun to play once you give it some time. Yes, it looks hard as hell when you first try it, you die and die and die. Then you don’t even know what you are suppose to do in this game.

Soon you will figure it out, where and in what order you need to go. Then you will find out about the powerups and learn how you can use them. And then the fun begins!

My Score for – Astaroth: The Angel of Death