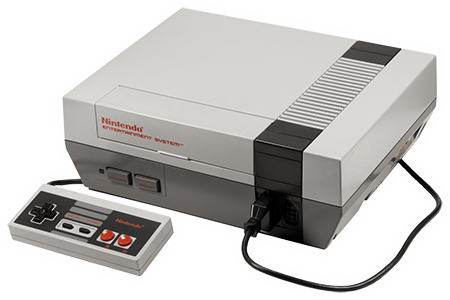 Nintendo NES: or Nintendo Entertainment System is an 8-bit home video game console developed and manufactured by Nintendo. It is a redesigned version of the Nintendo’s Family Computer, also known as the Famicom, which was launched on July 15, 1983 in Japan.

The NES was launched in the test markets of New York City and Los Angeles in 1985, with a full launch in the rest of North America and parts of Europe in 1986, followed by Australia and other European countries in 1987.

Nintendo’s NES is the best-selling gaming console of its time. It helped revitalize the US video game industry following the North American video game crash of 1983. With the NES, Nintendo introduced a now-standard business model of licensing third-party developers. Nintendo authorized them to produce and distribute titles for Nintendo’s platform. Source

Later known as “Nintendo’s iron grip” that prohibited the 3rd parties from making games for the other consoles.

With nearly 62 million units sold worldwide, it was the best selling Nintendo console of all time until January 31, 2010 when it was overtaken by the Wii. Source 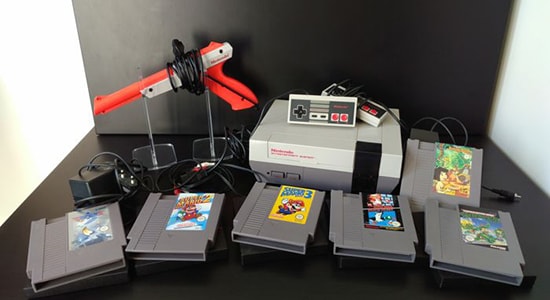 The game controller used for both the NES and the Famicom features an oblong brick-like design with a simple four button layout. It has two round buttons labeled “A” and “B”, a “START” button, and a “SELECT” button. Additionally, the controllers utilize the cross-shaped joypad, designed by Nintendo employee Gunpei Yokoi for Nintendo Game & Watch systems, to replace the bulkier joysticks on earlier gaming consoles’ controllers.

Instead of the Famicom’s hardwired controllers, the NES features two custom 7-pin ports on the front of the console. This feature allows to support swappable and potentially third-party controllers. The controllers bundled with the NES are identical. They include the START and SELECT buttons, allowing some NES versions of games, such as The Legend of Zelda, to use the START button on the second controller to save the game at any time. The NES controllers lack the microphone, which is used on the Famicom version of Zelda to kill certain enemies, or for singing with karaoke games.

Nintendo made two advanced controllers for the NES called NES Advantage and the NES Max. Both controllers have a Turbo feature, where one press of the button represents multiple automatic rapid presses. This feature allows players to shoot much faster in shooter games. The NES Advantage has two knobs that adjust the firing rate of the turbo button from quick to Turbo, as well as a “Slow” button that slows down compatible games by rapidly pausing the game. The NES Max has a non-adjustable Turbo feature and no “Slow” feature, and has a wing-like handheld shape and a sleek directional pad. Turbo functionality exists on the NES Satellite, the NES Four Score, and the U-Force. 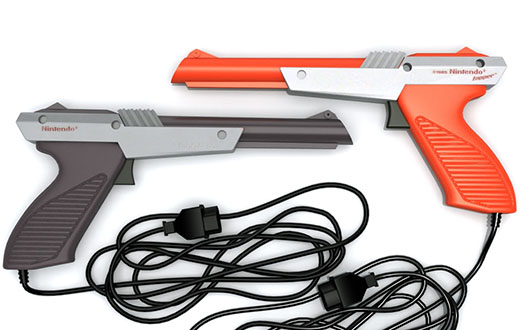 Other accessories include the Power Pad and the Power Glove, which is featured in the movie The Wizard.

Check the database of NES bundles and accessories: Here

You can also Vote for Your Own Favorite Video Game Consoles! (You can choose more than one)